Who is a Successful Project Manager? 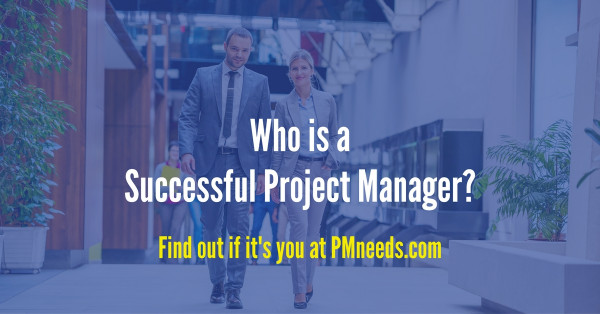 My manager at Motorola, Jim, was one of the most successful project managers I have known. His projects completed as planned, but he was successful because his team got the work done happily. He hired people to do a job and he let them do it. Now that I am teaching about project management, I take some of the knowledge that PMI (Project Management Institute) gives on project management and apply it to Jim’s approach.

As a successful project manager, Jim was:

1. Inclusive: He made everyone on the team feel like they were the project manager. Once responsibilities were accepted, Jim let you do your job. But he didn’t ignore you – we knew any time we needed to communicate with him the door was open.
This is related to the PMBOK (the Guide to the Project Management Body of Knowledge) in that roles and responsibilities were assigned, and everyone knew who was doing what on a task. We knew our RACI (chart for who is Responsible, Accountable, Consulted and Informed.)

2. A delegator: Jim told us to figure things out ourselves. He didn’t take on our jobs, and he had faith that we could do what we were lined up to do. When I asked Jim a question about a software model, he said, “Read the book, that’s what I did.” It might have sounded gruff, but I got the point. And I was also encouraged that he thought I could do what he did.
The PMBOK says, “Successful project managers have strong leadership skills.” Jim was a good leader and set an example.

3. A communicator: He provided structure to the team. Everyone knew what they were supposed to do. We met weekly. We were never “lost” about what to do or what was expected of us.
We had: the RACI, mentioned above; a schedule with milestones; a communications plan; and project ground rules – these weren’t necessarily named using PMI terminology, but followed the standard.

4. A leader: He gave direction in a clear manner.
We always knew where we were in the project schedule and what we had to do. The team was led by Jim and the work was managed, monitored and controlled to stay on track.

Jim died a number of years ago from ALS (Lou Gehrig’s disease). Right up to the end he maintained his attitude and approach, and continued to lead and be insightful.