I went to see Sully last week, a movie based on a true story. Sully – Captain Chesley “Sully” Sullenberger – performed a great act of risk management.

An airplane pilot, Sully made a quick decision when his plane hit a flock of birds, lost the use of both engines, and was in danger of crashing. He was flying above New York City when this happened, with approximately 150 passengers on board.

Sully decided to land on the Hudson River instead of trying to make it to the nearest air field. 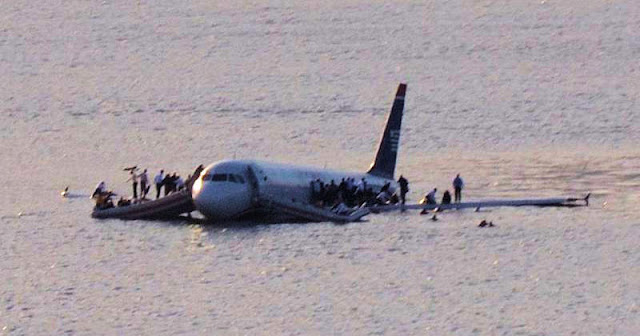 Afterward, the landing was investigated by the US Transportation Security Administration. During the investigation, flight simulations seemed to prove that Sully could have made an airfield landing, instead of on the river as he did.

It hits Sully that there was one element missing in the investigation: the inclusion of the human factor. After all, making this type of landing was something he, a pilot with 42 years of experience, had not done before. When this factor was taken into account, he was proven right – landing on the Hudson River was the best option.

While making the decision to land on the river, Sully encountered a risk and dealt with it. According to the Project Management Institute (PMI), a risk is an uncertain event or condition that, if it occurred, would have a positive or negative effect on the project’s objectives. Decidedly, flying into a flock of birds was a negative risk event, as was crashing!

Sully and his co-pilot followed the steps they were trained to do (the risk response plan) when the bird collision occurred: they notified their air traffic controller. But the solutions offered from ground control weren’t viable in the situation – they didn’t have time to get to the nearest landing field. So Sully made the decision to land on the Hudson River. This was their work-around, their solution to an unanticipated problem.

At the time, training for duel engine failure wasn’t something pilots usually did. (npr.org/templates/story/story.php?storyId=99480314)

What was going through Sully’s mind as he was making the necessarily quick decision? I think it would have to do with the probabilities of the different scenarios being successful, and the impact if they weren’t. So he did what had the highest probability of success and the lowest impact of failure (loss of life) – he performed an on-the-spot risk analysis.

The story ended well (as my favourite movies do!) and Sully was regarded as a hero. His knowledge and quick thinking saved the lives of all who were on Flight 1549 from LaGuardia Airport that day.