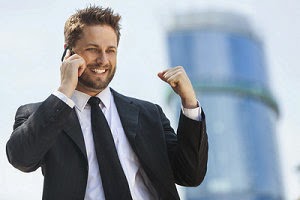 A few weeks ago while I was visiting my mother in Newfoundland, she received a letter in the mail. It was a note from a doctor’s office saying she had an appointment for an urgent blood test. She had told me about the appointment, but it wasn’t till I saw the letter that I realized it was urgent.

When I mentioned to my mother about the urgency, she shrugged and said, “I’ll deal with it when it comes.” I was impressed.

A lot of people become obsessed when they think they might have a problem, especially with their health. Not my mother. I would guess she did a quick rundown in her head about the options and alternatives, and decided her plan of action – which was to take it as it came.

I was going to write about how my mother’s situation is a perfect example of risk analysis – identify the risk events, figure out the probability and impact, and determine your response. And then I saw this article, and thought, “Hey, my Mom is one of those “successful” people.” (Of course, I already knew that!) She did exactly what the article said. So, whether the success is making money or achieving a happy life, here’s some research: How Successful People Stay Calm.