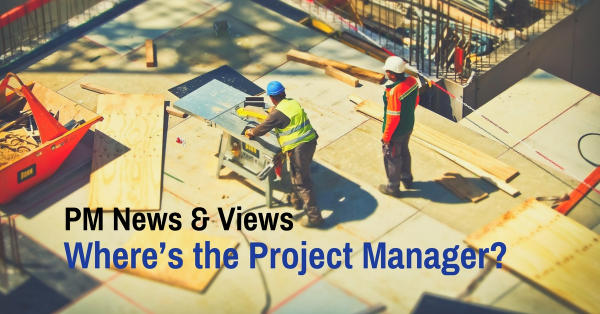 Yesterday a friend told me the story of a house under construction. The carpenter arrived to install kitchen cabinets but discovered the drywallers’ work wasn’t complete. She also learned the electrician hadn’t completed his job either, so she left the site frustrated. She had not been notified and her crews were already tight with the schedule. Subsequently, she heard a few days later the painters showed up (likely on schedule) but, because the drywallers hadn’t been able to work, they also had to leave.

This experience – poor coordination, planning and communication – left her asking, “Where is the project manager?”

What could have been done to avoid this situation? A schedule outlining who was doing what work would have helped. Maybe this was done but clearly it was not communicated to all of those involved. A communications plan – showing what needs to be communicated to whom, when, and how – would also have been useful.

And what could be done at the point where the project was going off the rails, possibly due to lack of communications and planning? In this example, there was obviously a lack of monitoring and controlling. The carpenter could have let the person who hired her know what was happening, hopefully prompting them to get a grip on the project. Without this prompt, who knows how long the project manager would be unaware of what was happening (or not happening in this case)?

Let’s say the project manager decided a few days later to check in on the site to see how the work was going. Upon inspection they see no one is working as expected and, of course, no progress has been made. At that point, it is easy to see that the project is prone to disorder and delays. A review of the situation and plan, along with some risk analysis, then timely communications with the various trades, would help mitigate time loss.

Schedules not coordinated and communicated can result in extra costs and time for a project. In this example, it also leaves the tradespeople in a position to possibly lose money on a job when their scheduled work can’t be completed in the timeframe they allotted for in their estimate. On top of this, the lack of communication in this case caused some of them declare they would not work for this builder again.

Project management prepares a leader and tradespeople with the skills required to successfully manage projects and navigate through inevitable disruptions.

Good luck to you in all of your projects!