The Desiderata for Projects 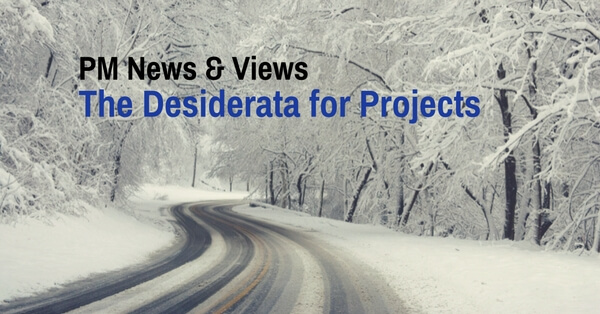 You are a child of the universe no less than the trees and the stars; you have a right to be here. With all its sham, drudgery and broken dreams, it is still a beautiful world. Be cheerful. Strive to be happy.
(from “The Desiderata” by Max Ehrmann, 1927)

My brother Jim gave me a poster with the Desiderata poem on it for Christmas when I was a kid. The poem was quoted by Prime Minister Pierre Trudeau when his government lost its majority in the 1972 federal election; he said, “The universe is unfolding as it should.”

If you are in the middle of a project or two, the Desiderata has some good advice for projects, as well, such as: