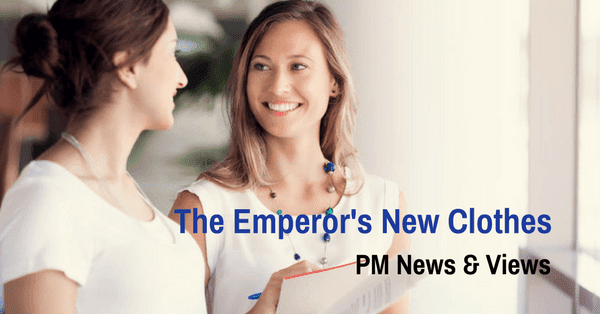 My friend Amy was telling me about a project she was on. Being new to the industry, she had asked her project manager (PM) for more information on a term. The PM blustered through an explanation. My friend left the conversation, still not understanding.

The next day, Amy decided she would go back to the PM and ask some more questions. Amy told the PM she just didn’t get what the term meant. With that, her PM admitted she didn’t really know either. They decided to look into it together.

When Amy told me about this situation, I thought of the story of The Emperor’s New Clothes. Sometimes we are afraid to admit we don’t know something because we are supposed to be the expert. (In the story, everyone can see the Emperor has no clothes but the only one who will say this is a young child.) However, admitting to not knowing something is really a sign of strength. After all, who knows everything?

Probably even more importantly, the manager admitting her lack of knowledge built more trust with Amy. Only by admitting we don’t know can we grow, both personally and professionally.