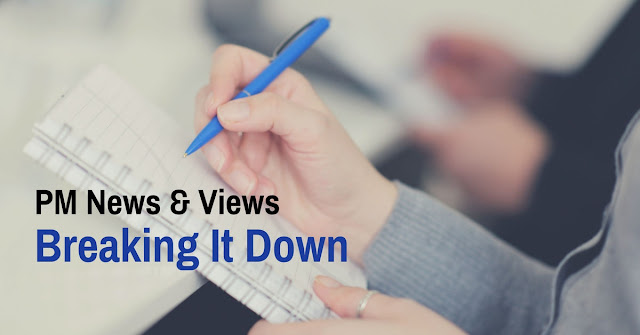 Sometimes when I look at an important project I am about to start, I get overwhelmed with the idea of it. It feels like, “It’s just too much.” Then I remember there is an easy way around this – break it down!

When I was in school, I won some contests for writing. One key to writing is the same principle – breaking the idea down into smaller parts. Even though we didn’t use the term ‘mind map’ then, as my kids do all the time in school now, that’s what I did. I took the idea and broke it into its subcomponents and then further subdivided. Working on each part was much easier than trying to throw ideas willy-nilly at the whole.

When creating a training course, it’s the same principle – break it down. Looking at the topic of project management as a whole can be a bit daunting because there is a lot of information. The key, again, is to break the main idea into parts. What are we doing on Day One, Day Two, and so on? We want to make sure each topic is covered in the right amount.

So, if you have a big idea that’s confusing you (I know when this happens to me, it’s when I ignore the idea, pushing it to the side because it’s “just too big” to think about), try this: take a quiet moment and write down the ‘parts’ of the idea. Then, put them in order as to the weight to be given to each part.

I hope this makes you feel better and breathe a sigh of relief because you are on your way to achieving your goal!

This breaking down process is really what the work breakdown structure (WBS) is all about. The WBS has been reported to be the most valuable tool by 74% of project managers.