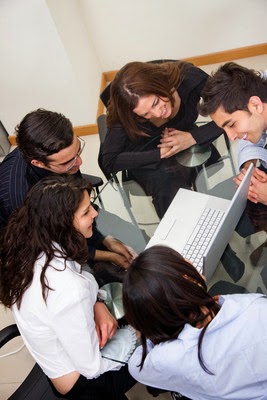 Bill Gates is famous as the founder of Microsoft. Today, he spends much of his time and considerable money on the eradication of polio in the underdeveloped world.

With his great help, polio has been eradicated in India. This effort has taken a lot of hard, unglamorous work. All by his own choice. The man who has enough money to do whatever he would like.

Most of us have nowhere near Bill Gates’ money. We imagine, if we did, how we would buy a castle or travel the world a few times over, or some such lofty indulgence.

However, Bill Gates has gone from Head IT Manager to working for the underprivileged.

If we think we are doing something not as significant in the world, it might be worthwhile to think about what Jim Collins, author of “Good to Great” says:

The truth is, few people are working on the most glamorous things in the world. Most of them are doing real work – which means that most of the time they’re doing a heck of a lot of drudgery with only a few moments of excitement. The real work of the economy gets done by people who make cars, who sell real estate, and who run grocery stores or banks. One of the great findings of this study is that you can be in a great company and be doing it in steel, in drug stores, or in grocery stores.

Bill Gates built his own flywheel a few times over. But we can all do it.

And while you are it, remember: project management principles will help with all that building!