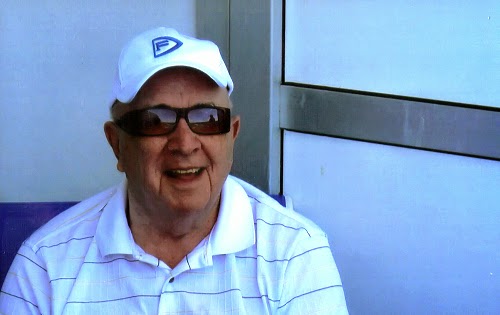 I was my father’s favourite child. Never mind that I had five brothers and a sister.

In fact, I am the most beautiful woman in the world next to my mother. I know this because my father told me so. Okay, I know my father is a little biased but every time he said that I would laugh, and say, “Thank you!” It was great to hear the words.

My father also had five sisters and five brothers – he was the eldest child – and all of them were his favourites. And all of his sisters were also the most beautiful women in the world. Whenever any of them called, he would tell them so. No matter he had just talked with another favourite sibling.

My Dad passed away this summer. At the Home where he spent the last three weeks of his life in a shared room, his co-occupant would get his feathers ruffled because my father had so many visitors. From 7am until midnight, someone was with Dad, and often times there were five or six people there during the day. (I guess having literally hundreds of relatives helps with that.)

When someone needed a boost, they would call my father. He was a role model to many, including me. Always cheerful, always giving a positive word. And now that he has passed, my mentor more than ever.

1 thought on “My Favourite Mentor”