Kindness on the Road 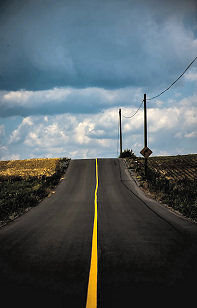 Recently my husband, Dan, and son, Zachary, went to a Scout Camp in Terra Nova Park, Newfoundland. Dan drove up with our older Honda. After the Scout Camp, they decided to do some camping on their own.

Well, the car had a problem. As Dan was driving along the highway, about an hour and a half from St. John’s, it started to die. Soon enough the car decided to stop working altogether and he pulled over to the side of the highway.

It was raining. When the rain stopped, Dan and Zachary started hiking to the nearest store or garage. Dan had thought it was about a kilometer away. Luckily, a fellow in a truck stopped and picked them up. The nearest garage was ten kilometers away.

Dan called me from the garage and said he would be getting a taxi to the next town, which was Whitbourne. I called my brother in St. John’s, asking if he could pick them up in Whitbourne after work. He said they would go out right away.

Later I learned Dan didn’t get a taxi to Whitbourne – the garage owner’s wife drove them. And the fellow who picked them up on the highway had actually seen them as he passed by, realized they might need help, and circled back at the next exit to pick them up.

No moral here – just wanted to share my first of several stories of the kindness of Newfoundlanders.